Nightlife In Wuxi | My Entertainment Hub Wuxi is a metropolitan city located in the southern part of China’s Jiangsu Province. It is a little over a hundred kilometres from the bustling city of Shanghai which lies to the east. Wuxi is bounded by Lake Taihu to the south and the Yangtze River to the north. The city itself is networked with little canals and waterways that make the land extremely fertile. In fact, Wuxi is referred to as the ‘Land of Fish and Rice’. Endowed with a rich history, there are many monuments and museums here that are worth visiting. Wuxi is considered one of the ten best tourist cities in China, partly due to its rich heritage and culture and partly due to its modern infrastructure and nightlife.

While some might say that the nightlife in Wuxi is up and coming, others would argue that it has already arrived. Bars and nightclubs are still a new phenomenon in the city, but that is not necessarily a bad thing. The newness fuels the excitement and the energy, and has brought about delightful and unique innovations. The nightspots are usually frequented by expats and tourists, although they are gaining popularity among the locals as well.

Some of the best clubs and bars are located along the popular Zhongshan Road, and more can be found along Wuai Square. Of course none of them can be compared to 1912 Street, dubbed appropriately enough the ‘1912 Wuxi Bar Leisure Corridor’. 1912 Street is located along a canal and contains a number of unique bars and nightclubs and offer visitors a multitude of choices. There are at least twenty different themed bars. The most popular are Jason’s Bar, the Beatles Music Nightclub (for those feeling a little nostalgic), Marceau Bar and Soho Bar. 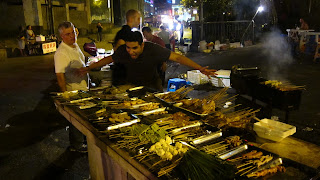 Wuxi is an important hub for industry and commerce and the local infrastructure, such as public transport, is excellent. Tourists can make travel even easier by finding a hotel in Wuxi with a central location. A place like the Millennium Wuxi offers delightful accommodation in the heart of the city, while providing a sanctuary free from the noise and crowd. The Wuxi hotel is just a stone’s throw away from a number of good restaurants and nightspots.

A Guide to Bollywood Parks Dubai – Fun For the Whole Family Mauritius is an extremely beautiful island destination and tourist hotspot, drawing travellers from near and far. You can look forward to enjoying its captivating...